The As Salam Jame Masjid and Eidgah Society in Lakshmipur, Bangladesh is a stunning architectural masterpiece that combines aesthetics and innovation. The mosque, which covers an area of 10,800 square feet, was designed by Nabi Newaz Khan Shomin and his team from the prestigious Bangladeshi architectural firm, Archeground Limited.

Construction of the mosque began in December 2017, with the project being funded by the Rahima Mumtaz and Saif Salahuddin Trust of Lakshmipur. The trust donated the land for the mosque and covered the construction costs, with the goal of creating a beautiful and functional space for the benefit of the local community. The mosque was officially opened to the public in 2021 and has since become a popular destination for worshippers and visitors alike, who marvel at its unique and modern design.

One of the most striking features of the As Salam Jame Masjid is that it has no windows. Instead, the facade and roof have been designed in an avant-garde style to allow light and air to enter the mosque, creating a beautiful play of light and shadow inside. Despite having no windows, the mosque is always well-lit during the day and maintains a surprisingly cool temperature even on hot, sunny days. This is thanks to the thick brick walls, fins, and jalis that act as heat barriers, as well as the four water reservoirs and the roof, which has been designed as the fifth facade of the mosque to allow for light and ventilation.

Inside the mosque, the ground floor is divided into two parts, connected by a brick archway. The main part of the mosque is located on the west side, while the east side features a stairway that leads to the first floor, where the women’s praying space is located. The As-Salam Hafezia Madrasa, an education complex located near the mosque, is being transformed into an international standard institution for Hafezi and English education.

Overall, the As Salam Jame Masjid and Eidgah Society is a beautiful and innovative addition to the community of Lakshmipur, and a testament to the talent and vision of its architects and funders. 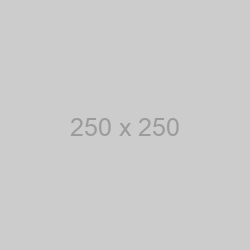 No comments to show.

Ready to Take Your Business to the Next Level?

Habitable Solution offers all its customers the benefit of many years of experience in the Engineering and Information Technology industry.